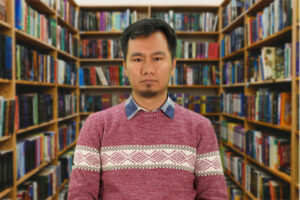 Sir Baba Ali Safari was born in 1989 in Iran. Due to the unstable situation in Afghanistan in that decade, his family immigrated to Iran two years before his birth. He completed his primary and secondary education in mathematics and Physics in Shiraz. After, the entrance test, he got admitted to the Software Department of the Computer Science Faculty.

After completing his bachelor’s degree, he began his master’s studies in the same field at Tarbiat Modarres University in Tehran in 1393.

In his master’s degree, he conducted his research in the field of bioinformatics and the topis his theses was “Detection of protein complexes using hierarchical clustering and weighting of protein networks”.

During his research, he was able to present three papers at international conferences.

Since 2017, he started teaching at various universities in Kabul and from 2018 onward he worked as an adjacent lecturer and has been head of the Computer Science Department of Computer Science and Engineering Faculty.